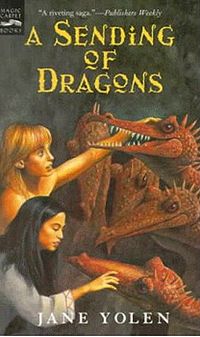 The spellbinding climax to the Pit Dragon Trilogy. Young dragon master Jakkin Stewart and his beloved Akki are on the run. Behind them are murderous government forces; ahead lies only a forbidding mountain wilderness. There they find a network of caves which they think will provide a refuge from their pursuers. But within the caves is something bloodier than anything Jakkin and Akki have ever imagined, something so monstrous that the only thing they can do is battle it with everything they have - even if they have to die fighting.